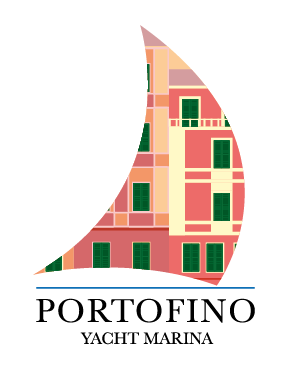 Portofino: a paradise of senses

The flavour of the Sea on the skin, the scent of bougainvillea in the air and the colours of the houses reflected in the eyes.

A safe hidden harbour between rocks and vegetation.

When the step of a journey becomes the favourite destination.

One of the few places in the World where luxury blends with nature.

Pastel-coloured houses, exclusive boutiques and restaurants of the Ligurian tradition.

Since always the preferred destination of celebrities and not only.

Surrounded by alleys and wonderful views

The most exclusive and charming fishermen Village in the world opens to the sea with its picturesque fronts, which have always attracted Artists, Painters and Celebrities. But even it is very popular, the alleys of the Old Town keep that ancient authenticity and privacy, which disclose their beauty only to the most curious and keen eye.

In Portofino everything is a sensorial experience, among the scent of the sea and those of the marine flora there are also the typical scents of the Ligurian food and wine Culture, the fragrance of fresh Focaccia baking, the scent of freshly basil, freshly caught fish and of the citrus and aromatic notes of the Vermentino.

In Italy’s most luxurious Village

In the narrow winding streets e surrounded by striking views of this wonderful resort, shopping becomes exclusive and refined too. Among the several and famous international Brands, there are also numerous artisan shops and small boutique of food and wine specialties, which will surprise even the most demanding Guest.

Portofino’s Natural Park has been preserving and protecting the extraordinary beauty of the Territory (flora, fauna and landscape) since 1935.The promontory, with its 610 m of height, extends for 1056 hectares; its 80 km of panoramic paths allow to reach sites of particular historical and naturalistic interest such as the Old Traffic Light, the Batteries, Punta Chiappa, the Gassetta’s Mill, San Fruttuoso Abbey, the Monastery of Niasca and the splendid Village of Portofino.

It’s an ancient military Fortress located in an elevated position at the entrance of the Bay. Excavations carried out in the area have revealed the remains of a Roman era watchtower, dating back to the II or II century A.D. It’s believed that the Castle has been built around the X century. Thanks to its strategic position, it was often besieged and suffered attempts of occupation by Saracen Pirates, until the early years of the XV century. Over the centuries it was enlarged and remodeled. Since 1961 the Castle has been owned by the Municipality of Portofino which has carried out a conservative restauration and its destination as cultural events seat.

Among Sky and Sea

The parish Church dedicated to San Martino di Tour is located in the oldest part of the Village. It is believed that it was built in 986 A.D. in Lombard- Romanesque, replacing a primitive Chapel located on the dock. In the same Year, Queen Adelaide, widow of Emperor Otto, donated it to the Monks San Fruttuoso Abbey; this obedience was later confirmed with an Edict of 1130 by Pope Innocent II. In 1548, on the occasion of the discovery under the shelf of the main Altar of a box containing Relics of the holy Martyrs Dorotea, Cassiano and Vincenzo, the Church was solemnly consecrated. Subject to various changes, the current structure is the result of the reviews carried out at the end of the XIX Century.

A jewel perched on the Sea.

Saint George’s Church is a small Temple built step to on the suggestive Cliff of the promontory. Almost oval in its shape, with altars and marble floors, the Church is dedicated to Saint George Martire and, from 1154, year of its first building, until today, it was destroyed four times by wars and the same times it was rebuilt. Inside are kept Saint George Relics, the ex-votos donated by Sailors in the last Century, and some precious paintings, even if several Works have been lost.

The Portofino Lighthouse of Portofino is located on the slopes of the Mount, at the entrance to the famous Bay. It can be reached through a small path surrounded by emerald-green vegetation, and once reached, the view is breathtaking for the Visitor’s eyes. Also we mention the beautiful submerged Cliffs of great naturalistic value where various types of gorgonians, red coral and numerous species of fishes can be admired.

A dip in the crystalline clear Water

A small free beach, in one of the most fascinating marine protected areas in the world, where marine species proliferate in harmony with the Visitors. 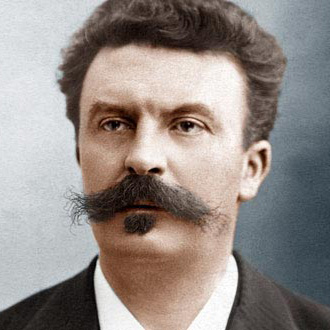 And suddenly, the discovering of a hidden bay, of olive and chestnut trees.
A small Village, Portofino, spreads out like an arc of the Moon around this calm basin.
We slowly go through the narrow path that joins this magnificent natural Harbour to the Sea, and we enter into the amphitheatre of the houses, surrounded by a mighty and fresh green wood, and everything is reflected in the mirror of the calm waters, where some fishing Boats seem to sleep.